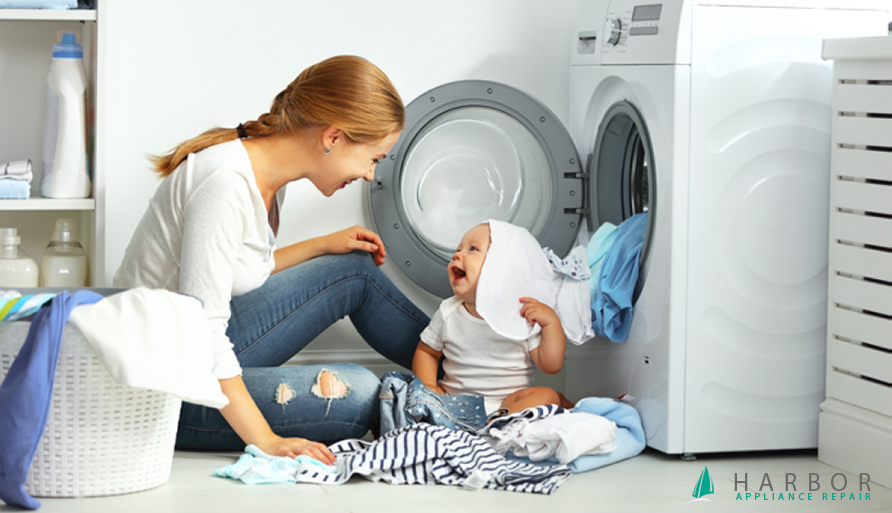 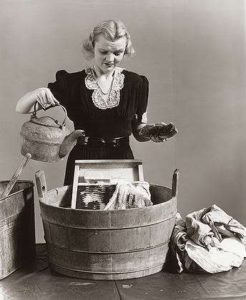 Many centuries ago, seafarers began to use their laundry to launder clothes: clothes were tied to a rope and thrown overboard.

Foam “jet azure» quickly washed off all the dirt from the fabric. And at the same time on the shore the sailors’ girlfriends rubbed the linen on the stones, for greater efficiency using sand as an abrasive.

So the first of the components of washing was found – the mechanical effect on the fabric.

As for the second component – chemical, then the man discovered it a long time ago.

During archaeological excavations on the Sapo hill in Rome, the remnants of an ancient soap were found, for the preparation of which ash and fat of animals sacrificed to the gods were used.

As soon as the institute of patenting inventions was founded, registration of attempts to come up with devices facilitating washing immediately began. 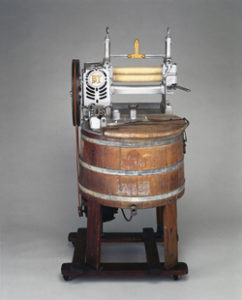 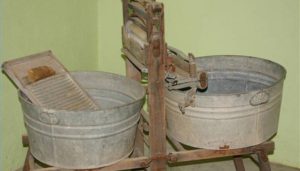 In 1797, the first such device, a washing board, was created. And already in 1851 American James King patented a washing machine with a rotating drum, which was very similar to the modern one.

Only the drive of his machine was tame.

You can comment to this post.  We want to hear from you. Or if you need an Appliance Technician now, just